Do you tip in Amsterdam? Etiquette, norms and social customs in the Netherlands

Whether you’re visiting friends in the Netherlands, on business in Amsterdam or just traveling for a holiday, getting to grips with Dutch social norms and customs is a good way to avoid any faux-pas and feel relaxed in the knowledge that you’re behaving in a way that won’t offend the locals!

The Dutch are friendly and pragmatic folk who aren’t burdened by the complex etiquette or social customs of many European nations. They’re also very direct and straightforward so if you do put your foot in it, you’ll quickly find out!

To give you a few hints and tips, we’ve compiled some of the oft-asked questions about how to behave in the Netherlands.

Do people tip in Amsterdam?

First off, perhaps the most commonly asked question on the subject – ‘do you tip in Amsterdam?’. This one is pretty simple to answer – the Dutch do not have a tipping culture as strongly-ingrained as much of the English-speaking world. In a bar, restaurant, or private boat tour in Amsterdam, provided the service was good, a tip of around 10% is appreciated but not automatically expected. Do you tip in Amsterdam Nightlife? In a café, nightclub or bar, rounding up the bill or leaving some loose change is fine (if there is a tip jar, you can simply place your tip in there).

Do you tip in Amsterdam taxis? The answer to this question is that people do not generally tip their drivers although if you do receive great service, rounding up the bill will be received well. When it comes to tour guides, or other people directly involved in the tourism industry, a tip is more often expected (assuming that the service has been to a high standard). If you’re unsure, it’s always best to tip around 10% – this way, you won’t be offending anyone but will not be overpaying either!

This is unlikely to be a bridge you will have to cross as a visiting tourist but for those who are keen to befriend a few locals, the Netherlands has, like much of Europe, a culture of social kissing between friends. As a general rule, on the first-time of meeting someone, a handshake is the normal greeting. Should you meet a friend, it is traditionally three kisses. However, in cities like Amsterdam, it is very common (particularly with younger people) to greet with a single kiss or a hug – perhaps this is down to the fact that Amsterdam is so multicultural and this is easier.

Can you smoke in the street Amsterdam?

Given Amsterdam’s reputation for being the Cannabis capital of the world, you may think that wandering through the streets with a joint in hand is perfectly acceptable. Whilst you may well see groups of tourists doing just this it is, at the very least, frowned upon and you may be asked to stub it out by a policeman or given a fine in many areas. Although you’re unlikely to face any problems in very touristy places such as the Red-Light District, it’s best to enjoy from within the comfort of a coffee-shop or smoke-friendly bar.

When it comes to smoking cigarettes, however, the answer is completely different. For many people visiting Amsterdam (from the US or Australia in particular) it is surprising how many people can be seen smoking cigarettes outside restaurants and bars. Although bans are starting to appear and indoor smoking areas are set to close next year, lighting up on a terrace is perfectly acceptable and most tables will have ash trays provided.

Do I need to learn some Dutch?

Assuming you’re just visiting for a short period, it is not necessary – however, just learning a couple of words such as thank you (‘Dank je wel’) or good morning (goedemorgen) will be much appreciated! Unlike in other countries, it’s highly unlikely that you will run into any kind of language barrier when speaking to the Dutch. Over 90% of Dutch people can speak English (this is higher in Amsterdam and the large cities), around 70% can speak German and many speak French, Spanish or other languages.

Made a faux pas? Don’t panic…

Suffered an awkward moment and accidentally kissed someone on the ear? Mixed up your dank je wel with a danke schön? Overtipped or undertipped your waiter, barman or tour guide? Don’t stress it too much. The Dutch are a pretty laidback bunch. Just remember to use the common courtesies that you would use elsewhere in Europe and you’ll be absolutely fine.

For more practical info about Amsterdam visit this blog about the most frequently asked questions. 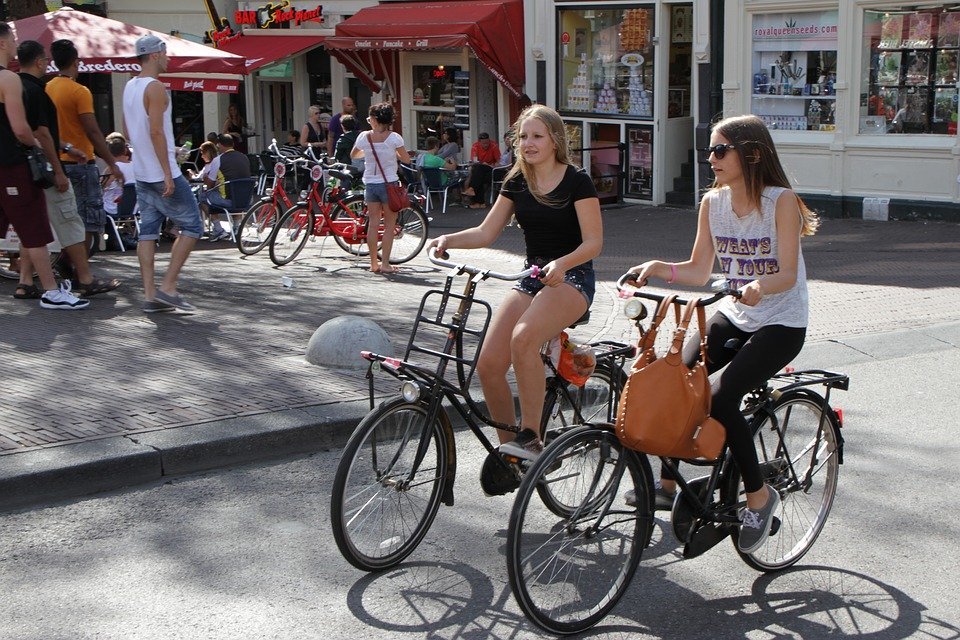