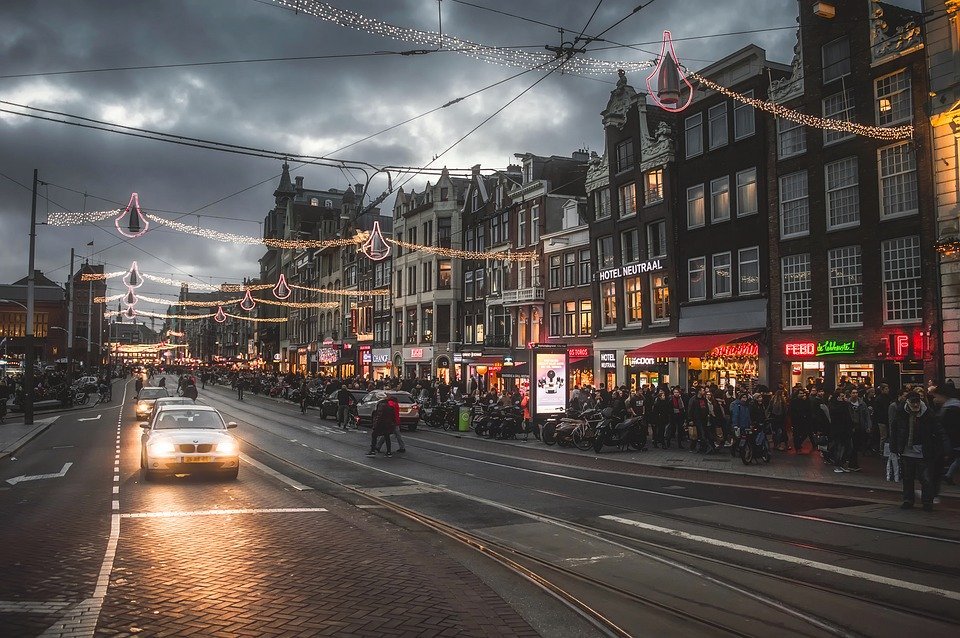 The Dutch really do know how to make the best of the festive season and if you’re in Europe over the Christmas break, then we think Amsterdam is pretty hard to beat! With its (hopefully!) snowy canals, historic Christmas and New Year traditions and cosy bars, the Dutch capital is a pretty picture-perfect place to spend this time of year. Knowing what to do for Christmas in Amsterdam can be a little tricky, but here are our favourite things to do in Amsterdam during the festive season… 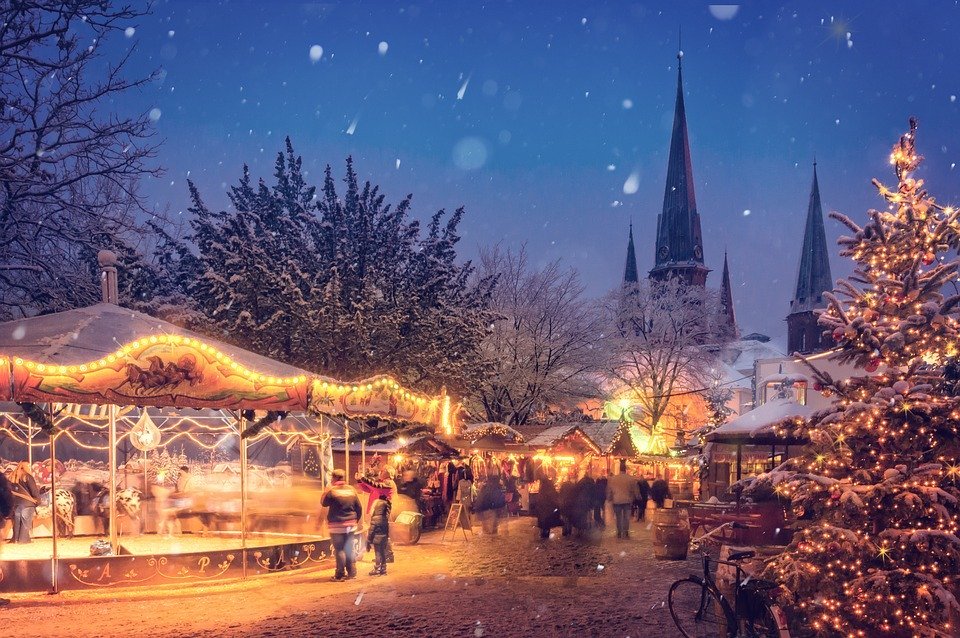 Christmas Markets are a wonderful European tradition and although the most famous are in Bavaria or Belgium, the Netherlands (and Amsterdam in particular) is also home to some of the best! Shopping for locally made handicrafts for friends and loved ones before refuelling and warming up with a glass of Gluhwein and a couple of Olliebollen (they’re a bit like a fried Dutch donut) is a pretty perfect way to kick off the festive season. Amsterdam Winter Paradise is one of the city’s biggest Christmas markets (situated at Amsterdam RAI), whilst for the more creatively-minded, Westergasfabriek’s Funky Xmas Market is a must-see. For those who want to get out of the city and see something a little more authentic, the little town of Vreeland (just a short distance away) is pretty fantastic – if you really want to make your Christmas visit that bit more magical, the Castle Christmas Fair at Heemskerk offers exactly as it says on the tin – a Christmas fair in an old castle is a wonderful winter experience!

Christmas lights are definitely an important part of this time of year for adults and children alike and if the long, dark nights are starting to get you gloomy, then we have the perfect festival for you! The Amsterdam Light Festival sees the city’s famous canal belt illuminated magically by a huge range of international artists. The 2018 Amsterdam Light Festival’s Van Gogh themed exhibits were particularly popular with locals and visitors alike and this year’s festival is reported to be even better! Although the ALF isn’t a Christmas festival as such, it is a perfect way to explore the night time cityscape at its absolute best and the lights and sights of the city are sure to get you in a festive mood. Find out more about our Amsterdam Light Festival cruise here! 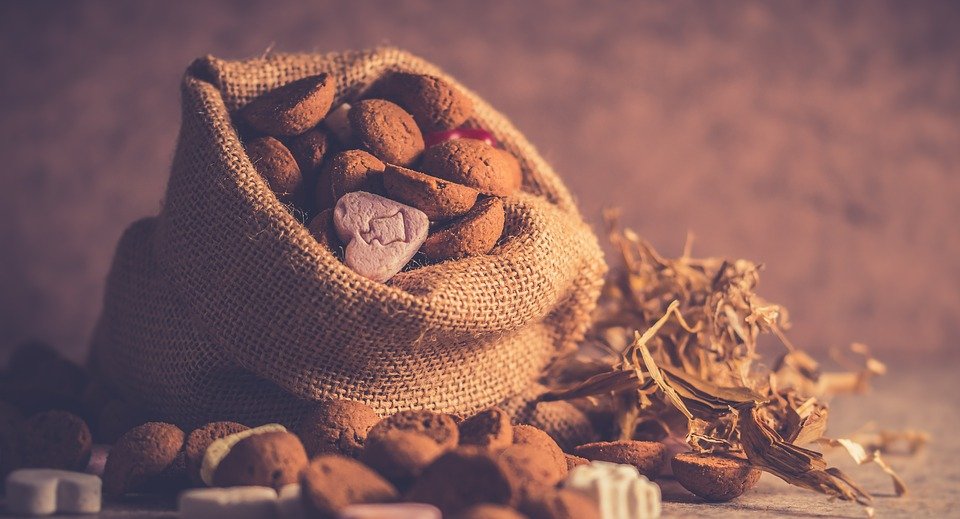 The Dutch have pretty well mastered Christmas food. Although the traditional Christmas lunch has historically consisted of Venison, many families have moved towards the more international turkey. Many of the sweet treats that make up so much of Dutch Christmas food have remained unchanged, however, and these can be sampled across the country during the month of December. Kruidnoten (deliciously gingery little biscuits given out by Sinterklaas and Zwarte Piet) or Speculaasbrokeen (large spiced biscuits with almonds) are almost addictively tasty. One slightly unusual meal that is popular with the Dutch during the Christmas period is gourmetten – this is where diners place tiny pans (containing their own choice of veg or meat) over a very hot plate (although this is unlikely to be something someone visiting Amsterdam on holiday would encounter, if you’re lucky enough to be invited to a Dutch friend’s house for Christmas, don’t be surprised when you’re handed a mini pan and told to get cooking!). 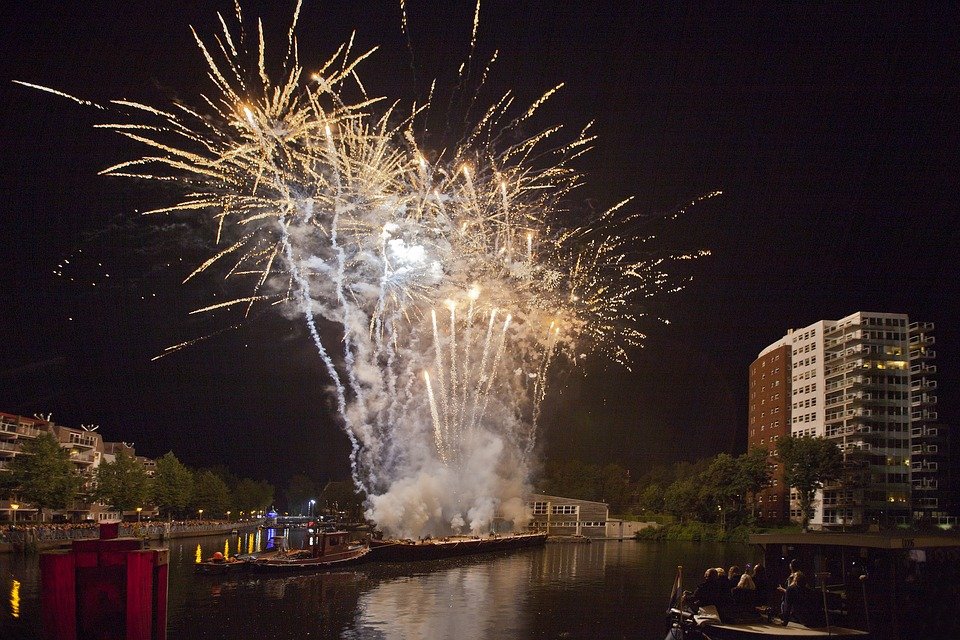 New Year’s Eve is without a doubt the night of the year when the Dutch really do go wild and celebrate! For the rest of the year, the Netherlands is a pretty quiet, peaceful country but for one day only, the Dutch stock up on fireworks and enjoy something of a free-for-all in the street, turning the quaint canal-side streets of Amsterdam into a bit of a warzone. Rather than having one, main organised firework display, the Dutch just take their own fireworks into the street and have a party. The whole city is illuminated by these fireworks and, although it’s important to be as careful as possible in order to stay safe, it is incredibly good fun! With a lot of nightclubs offering some pretty epic parties, it’s best to book in advance, find a spot in a café early on or book onto an organised event such as a Pub Crawl (find out more about the city’s biggest New Year’s Eve Pub Crawl here on the website of Ultimate Party Amsterdam).

5) Shake off that hang-over with an icy dip – join the infamous New Year’s Day swim!

This is one of the more unusual Dutch traditions and certainly one for the braver amongst you. Each year on the 1st of January, thousands of people celebrate the new year by diving into the sea or a lake. There are over 60 different spots where you can join the crazier sections of Dutch society – the biggest (and arguably best) spot to do so, however, is at the beach by Scheveningen where 10,000 people take the plunge and have a ‘refreshing’ dip in the North Sea. If you’re not feeling too rough on New Year’s Day but want to start the year off right, it’s tough to beat the ‘Nieuwjaarsduik‘ – better than lying in bed with a hangover, right?

From everybody at Starboard Boats, we would like to wish you a Merry Christmas and a Happy New Year!

Dutch CultureNew Year's Eve Parties Amsterdamthings to do in amsterdam
We serve cookies on this site to analyse traffic, remember your preferences, and optimise your experience.
By browsing our website, you agree to our use of cookies.OkSee more info