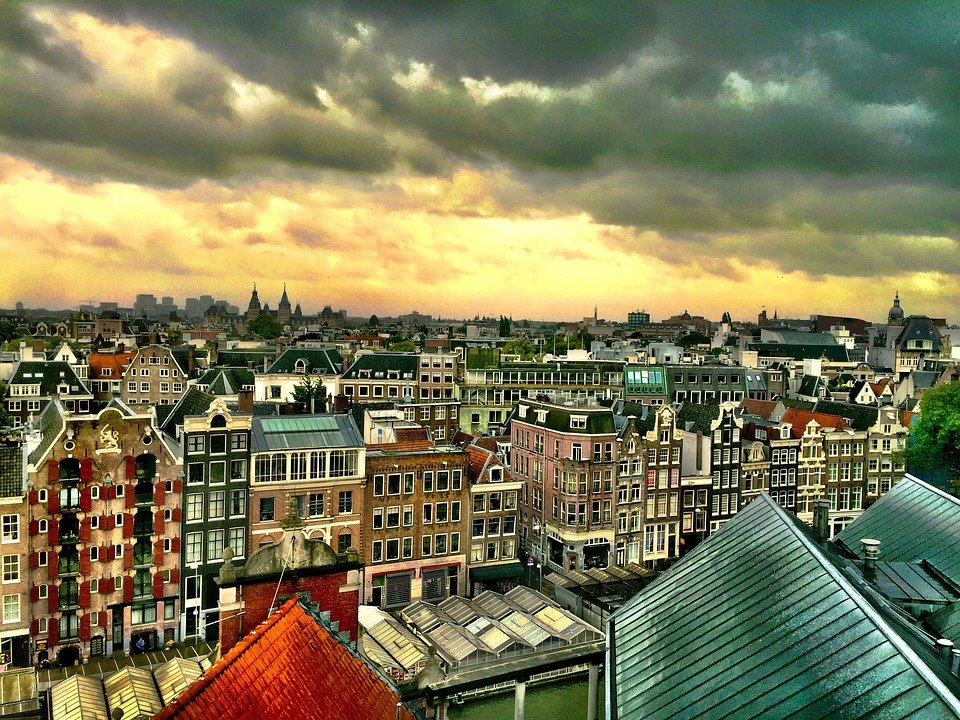 Amsterdam is a fairly small city but it has a lot of very unique areas that feel completely different from one another. If you’re visiting the city but aren’t sure where to stay, read on… Here is our neighbourhood by neighbourhood guide to the city’s districts so you know where to stay in Amsterdam and all the best places in the city for you!

The centre of Amsterdam, with its historical buildings, beautiful canals and wonky waterside houses, is one of the most stunningly beautiful places in the world. There are a lot of hotels in the city centre, ranging from budget-friendly hostels and 1* hotels fulled to the brim with stag parties all the way up to some of the world’s most luxurious and stylish spots. They vary greatly in price and type but they all have one huge benefit in common – their location! If you want to be a short walk from everything the city has to offer, a city centre hotel may be the perfect choice for you.

There are a couple of downsides, however. The city centre is very busy, particularly in the summer months, and with the majority of the city’s bars and clubs nearby, evenings and nights can be pretty rowdy. City centre hotels also tend to charge a premium for their location and although there are plenty of bargains to be found, you tend to get what you pay for when it comes to Amsterdam accommodation and if it looks too good to be true, it probably is. 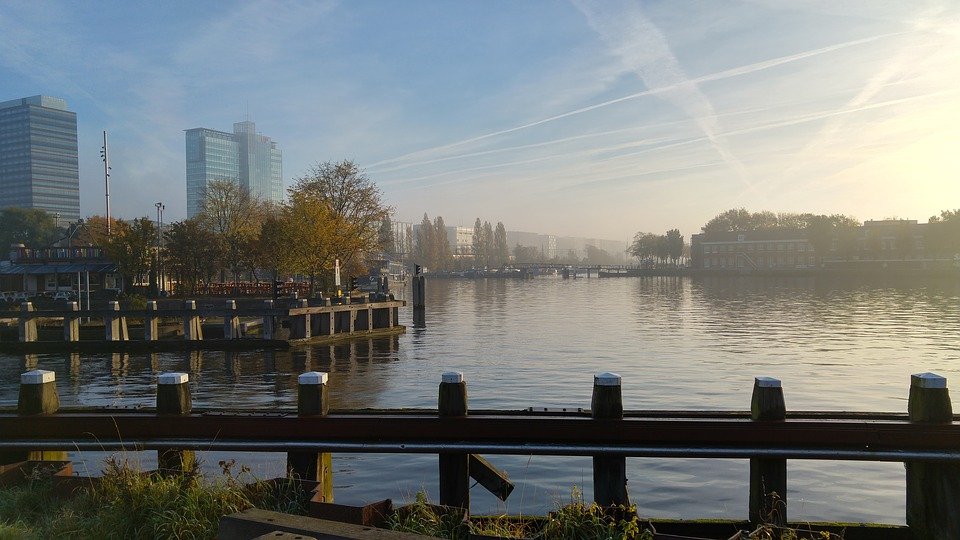 West Amsterdam is a large part of the city and, like every neighbourhood in Amsterdam, has excellent transport links to the centre. If you’re not bothered about having to take a short ride into town and would prefer to be away from the hordes of rowdy tourists, West Amsterdam may be the place for you. Old West is closer to the centre and is extremely popular with young professionals and students. Nieuw West is a little further out and is an area which houses much of the city’s immigrant populations but the area is less picturesque than other districts.

West Amsterdam may have a bit of a reputation (particularly parts like Bos en Lommer) but, in reality, the area is pretty safe. After all, Amsterdam is reportedly the safest capital in Europe! Just take the same precautions as you would in any other city and you’ll be absolutely fine.

As well as the unique charms of being a diverse and vibrant part of the city, Amsterdam West is significantly cheaper than the rest and there’s still plenty of great coffee places, restaurants and bars so you won’t have to go all the way into town after a long day of travelling to get a bite to eat. In addition to this, there are several excellent nightclubs so if you want to join the crowds of students and youngsters and head out to some of the more underground clubs, you’re never far from places like Radion, De School or even Thuishaven.

Amsterdam Noord feels quite different to the rest of the city. Just a short ride across the River Ij on the regular (and free!) ferries from central station, Noord offers a lot to the visitor. The hotels tend to be a bit cheaper here, but Amsterdam Noord really is an up and coming area. With numerous festivals, some really cool beach bars, a couple of fantastic clubs and the benefits of being so close to the centre but not having the large number of tourists. If you’re staying in Noord be sure to check out all the fantastic stuff happening at NDSM. 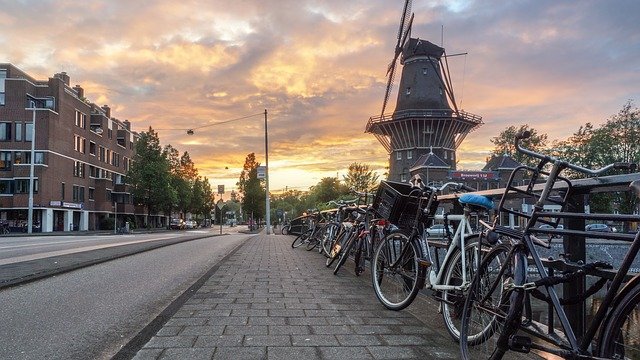 Oost is one of the most beautiful parts of the city with historic buildings, unique architecture and loads of things to do. There are also a lot of hotel options, from the budget-friendly Generator Hostel (situated in an old university building but with all the modern conveniences, it’s a sure bet for those seeking great accommodation in a perfect location but for budget-friendly prices) to a myriad of older hotels around the Artis Zoo.

Oost is also home to a lot of good bars and restaurants so you’ll never be short of options for dinner or drinks. It is also one of the more traditionally Dutch parts of town so for an authentic Amsterdam experience, it’s hard to beat Oost. 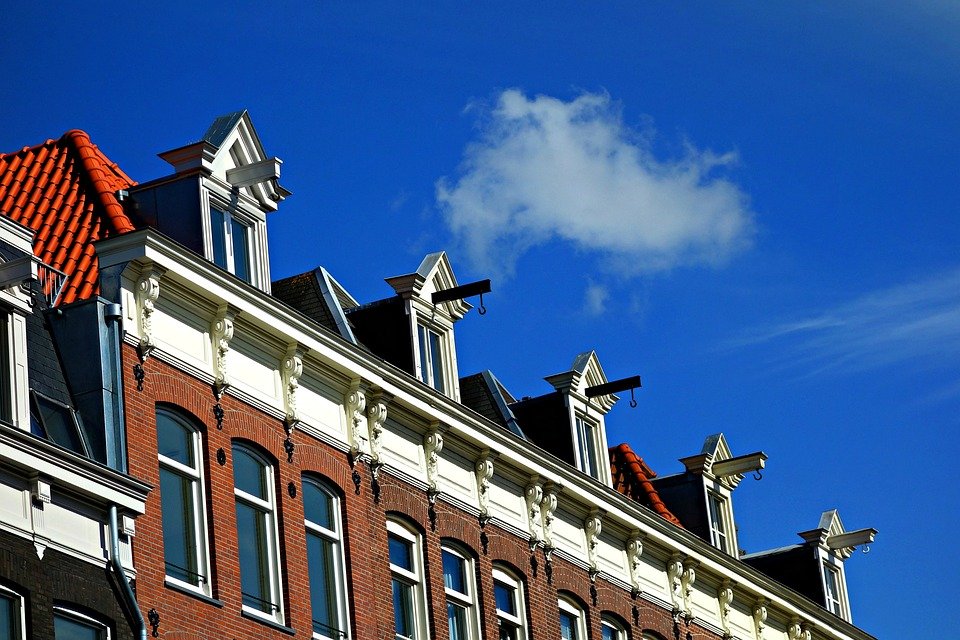 If you’re wanting somewhere that’s a little more peaceful, Zuid is a great option for a place to stay in Amsterdam near everything but far out enough to avoid large number of tourists. Oud-Zuid is home to a lot of very nice hotels and is one of the smartest parts of town. De Pijp is also a great option – just south of the centre, this busy little district is home to the city’s most famous market (the Albert Cuypmarkt) and is full of great bars and restaurants. Even if you’re not staying in the area, it’s home to some must-see spots and well worth a visit at the very least.

Picking a hotel and knowing exactly where to stay in Amsterdam…

For specific hotel recommendations, don’t hesitate to get in contact! Let us know what you’re looking for and we’ll always be happy to help you find the perfect place. After all, with our local insight, we’re always on hand to offer advice for people visiting Amsterdam – our favourite city and the place we’re so fortunate to call home! Knowing where to stay in Amsterdam has never been easier!

Areas to avoid in Amsterdam

Even some neighbourhoods previously considered as ‘rough’ such as Bos en Lommer, parts of Nieuw-West and Bijlmer, nowadays have improved significantly and unless you’re roaming around late at night alone, you’re highly unlikely to face any trouble or feel uncomfortable. Our friends from We Are Amsterdam wrote a blog on areas to avoid in amsterdam

Amsterdam Hotelsthings to do in amsterdamWhere to stay in Amsterdam
We serve cookies on this site to analyse traffic, remember your preferences, and optimise your experience.
By browsing our website, you agree to our use of cookies.OkSee more info