Amsterdam is well known to be one of the greatest cities in Europe for partying. This international nightlife hub attracts partygoers from across the world looking to dance the night away and have a great time. You may also have heard of the city’s canals, the waterways which have made this city what it is today over centuries of history formulating a unique culture which can be felt in every aspect of life in the city – even nightlife! But these canals’ impact on contemporary culture is never felt more than during the famous canal parades and parties that take place on party boats sailing along them.

known as one of the great party capitals of Europe and people flock to the city from all around the world in search of its unique nightlife scene. Another thing that you may know Amsterdam for is its famous canals. But one thing you may not know about is that some of the craziest parties in the city take place on the canals! Whether it’s Gay Pride or King’s Day, the canals come alive with people partying hard on boats but the opportunity to board Amsterdam Party Boats isn’t limited to two days. In fact, throughout the year, we’re delighted to welcome as many people as possible onto our Amsterdam booze boat.

Guests rate this experience with a: 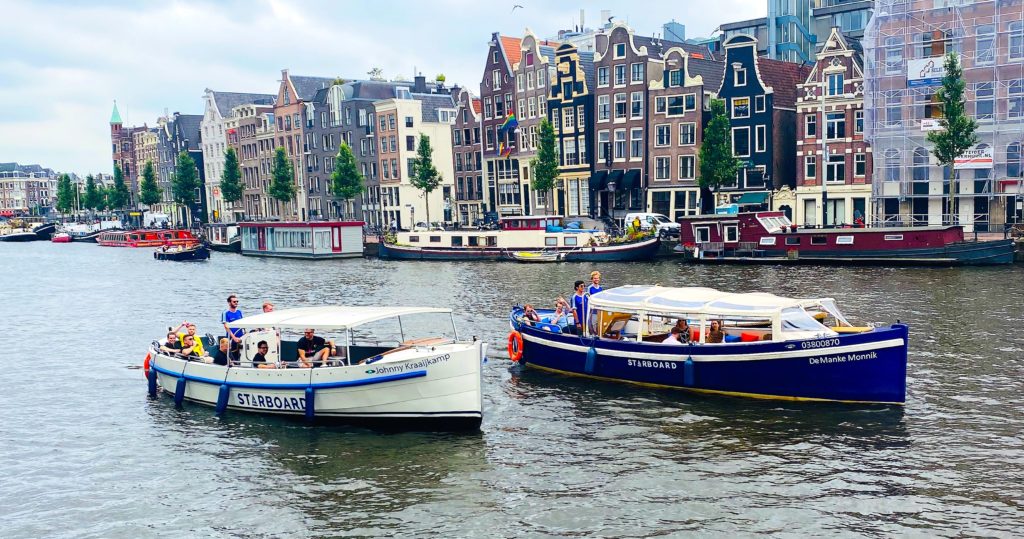 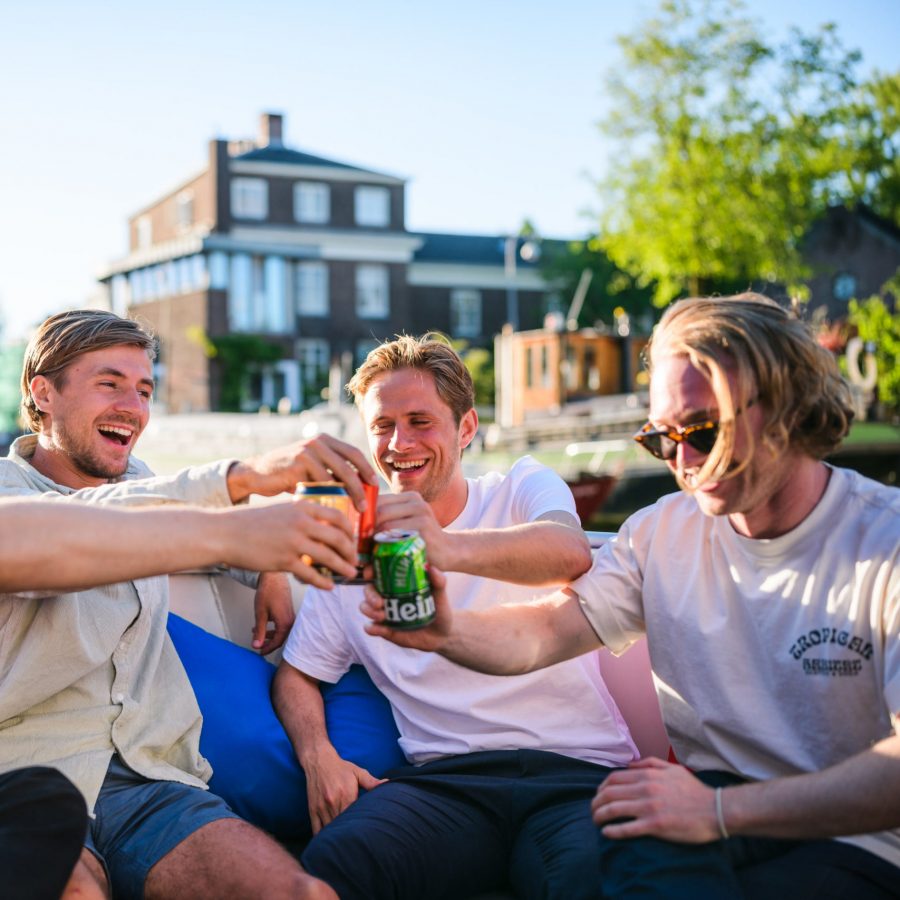 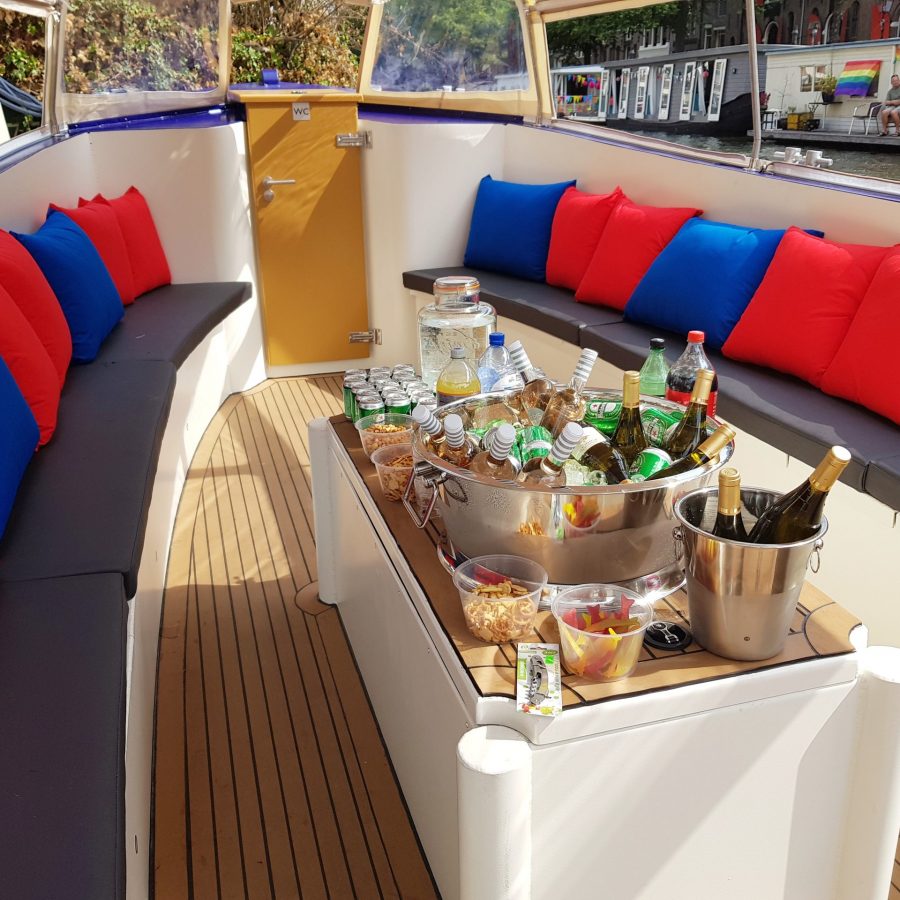 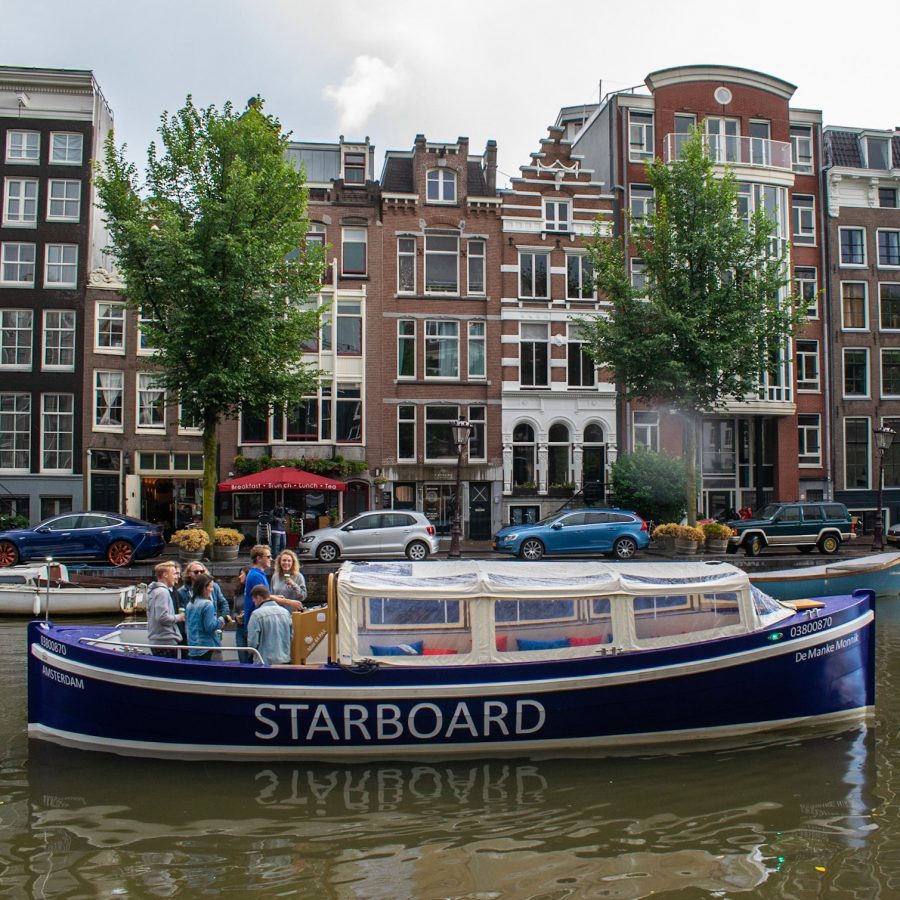 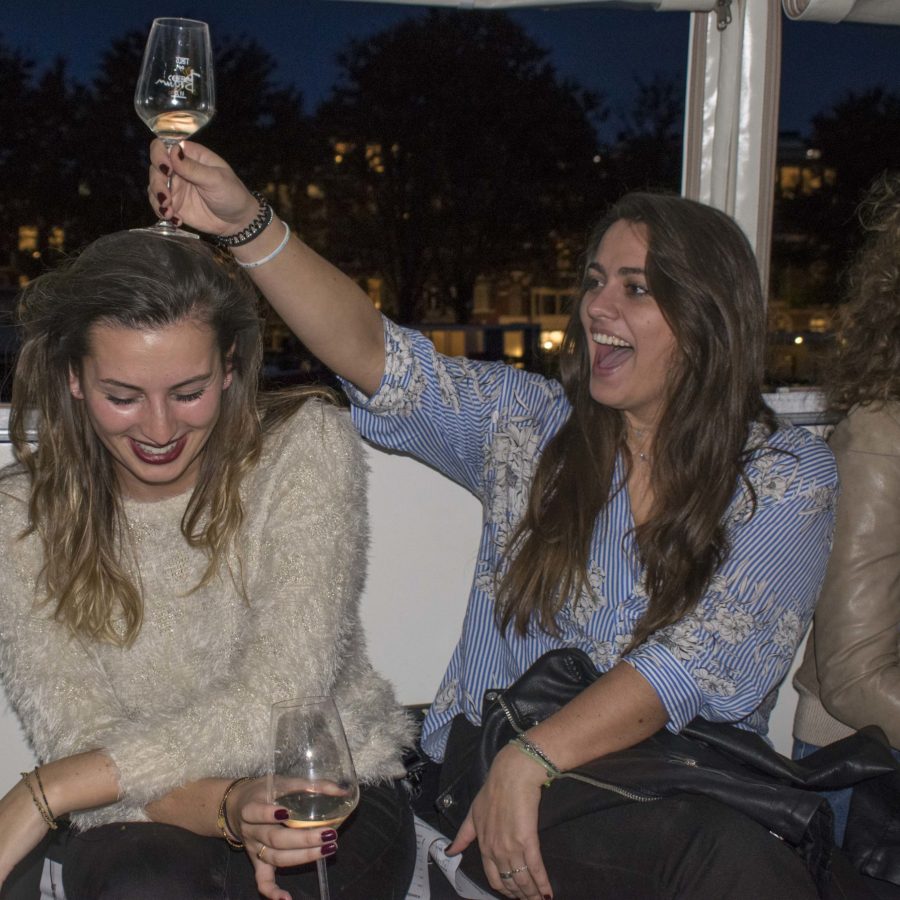 If you’re looking for a Hen or Stag Boat, Amsterdam is one of the best places to be! An Amsterdam Party Cruise is one of the best ways to see the city sights whilst enjoying plenty of drinks and partying with your friends! This is a really unique way to kick your night off in style and you’re sure to make some absolutely unforgettable memories during your time on board!

Enjoy unlimited beer or wine on our Amsterdam Booze Boat and party your way through the canals! 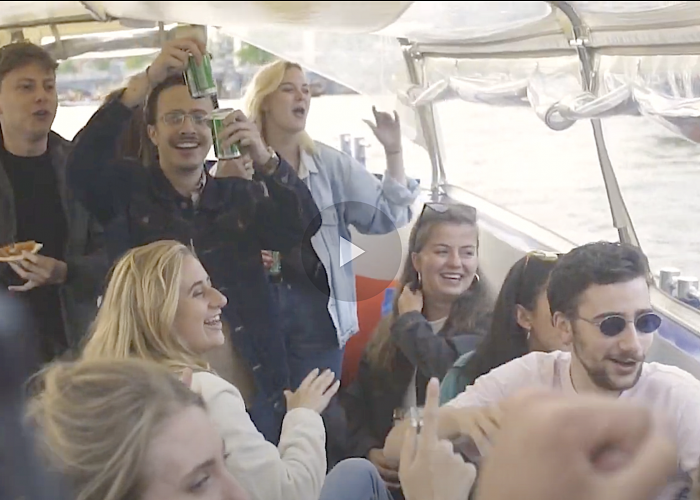 For just €39 per person, you can enjoy the city’s best boat party and drink with a better view than any bar in the capital – a moving backdrop of Amsterdam’s canal belt! And whether it’s a scorching sunny day or the weather has taken a turn for the worse, with our covered and heated Party Boat Amsterdam weather is no problem for us! And come rain or shine, our fantastic party hosts will keep you entertained and keep your glasses topped up at all times from our open bar!

Celebrate in Style and Safety with Starboard Boats

In line with the current Coronavirus regulations, our hosts will ensure that everyone is able to party safely and within the government’s directives. So even though the nightclubs in Amsterdam are still closed, there’s still an option for a great party for you and your friends!

Join us on our Amsterdam Party Boat – all aboard for a totally unique party you’ll remember forever!