Why Amsterdam is the Cycling Capital of the World

Why Amsterdam is the Cycling Capital of the World

If you’ve been to Amsterdam before, you’ll definitely have noticed the bikes. There are more bikes than people in the Dutch capital – walk anywhere in the city, day or night, and you will notice that bikes massively outnumber cars. The majority of Amsterdammers cycle every single day – and even the Dutch King, Willem-Alexander, cycles regularly!

How Amsterdam became the world’s most bike-friendly city 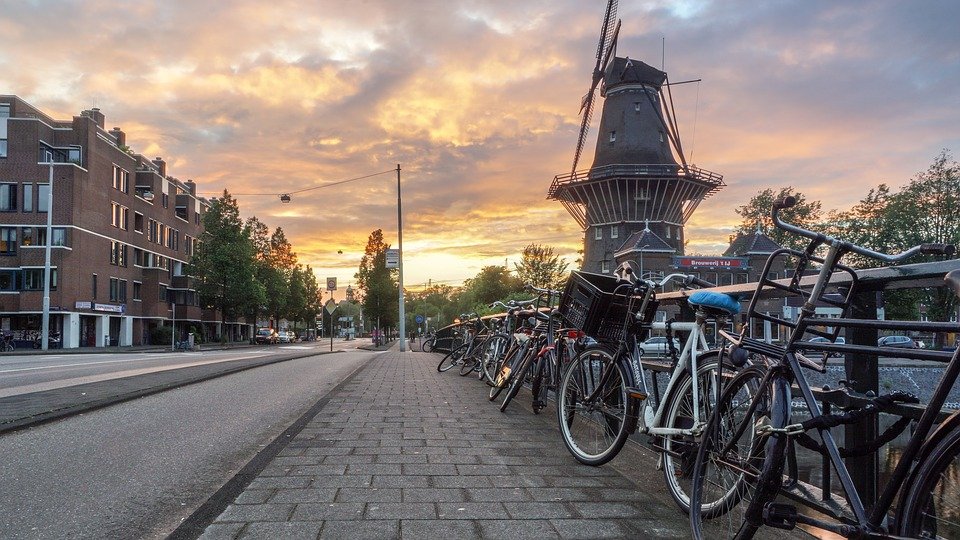 This wasn’t always the case though. Although cycling was extremely popular across the country at the start of the 20th century, the use of bicycles gradually started to diminish with the arrival of the car.

In fact, large swathes of housing in the city were destroyed to make way for the car, which was seen by the government as the future of transport. By the 1950s and 60s, the bicycle was really at risk of becoming something of the past in Amsterdam. The city’s famous squares like Rembrandtplein and Leidseplein were dangerously filled with cars and accidents started happening. It all peaked in 1971 where 3300 people were killed by motorists (including more than 400 children, sparking the Stop de Kindermoord protests!).  This sparked massive protests by a number of activist groups which engaged in acts of civil disobedience such as illegally painting cycle lanes on dangerous roads by night and loud protests with megaphones.

The civil disobedience surrounding cyclists in Amsterdam goes back much further, however. Under German occupation during WW2, cyclists would refuse to move out the way for Nazi vehicles and intentionally cycle slowly in front of them – bicycles came to symbolise everyday acts of resistance by ordinary citizens which led to real hatred towards Amsterdam’s cyclists from the German occupiers!

When the protests gained more momentum in the 1970s, the politicians had no choice but to listen. With the introduction of car-free Sundays and other pro-cycling initiatives in the city, the car culture started to disappear. This was further pushed by the huge fuel price increases driven by Arab countries’ oil embargo during the Yom Kippur war (where the Netherlands along with other western nations supported Israel).

Today, the bike truly is king in Amsterdam and has become a much-loved part of Dutch culture – the city is planned around this form of transport at the expense of cars and, with hundreds of kilometres of bike paths throughout the city, Amsterdam is one of the safest and easiest places to cycle in the world.

So, if you’re visiting Amsterdam and really want to see the city through the eyes of locals, get on a bike (if you’re looking for other ways, you can check out We Are Amsterdam’s blog on ways to live like a local, here!)

If you want to hire a bike, and experience this important part of Amsterdam life (and by far the easiest and most cost-effective form of transport in the city!), you can check out our partners at We Are Amsterdam’s bike hire page here!

bike hire amsterdamlive like a local amsterdamthings to do in amsterdam
We serve cookies on this site to analyse traffic, remember your preferences, and optimise your experience.
By browsing our website, you agree to our use of cookies.OkSee more info