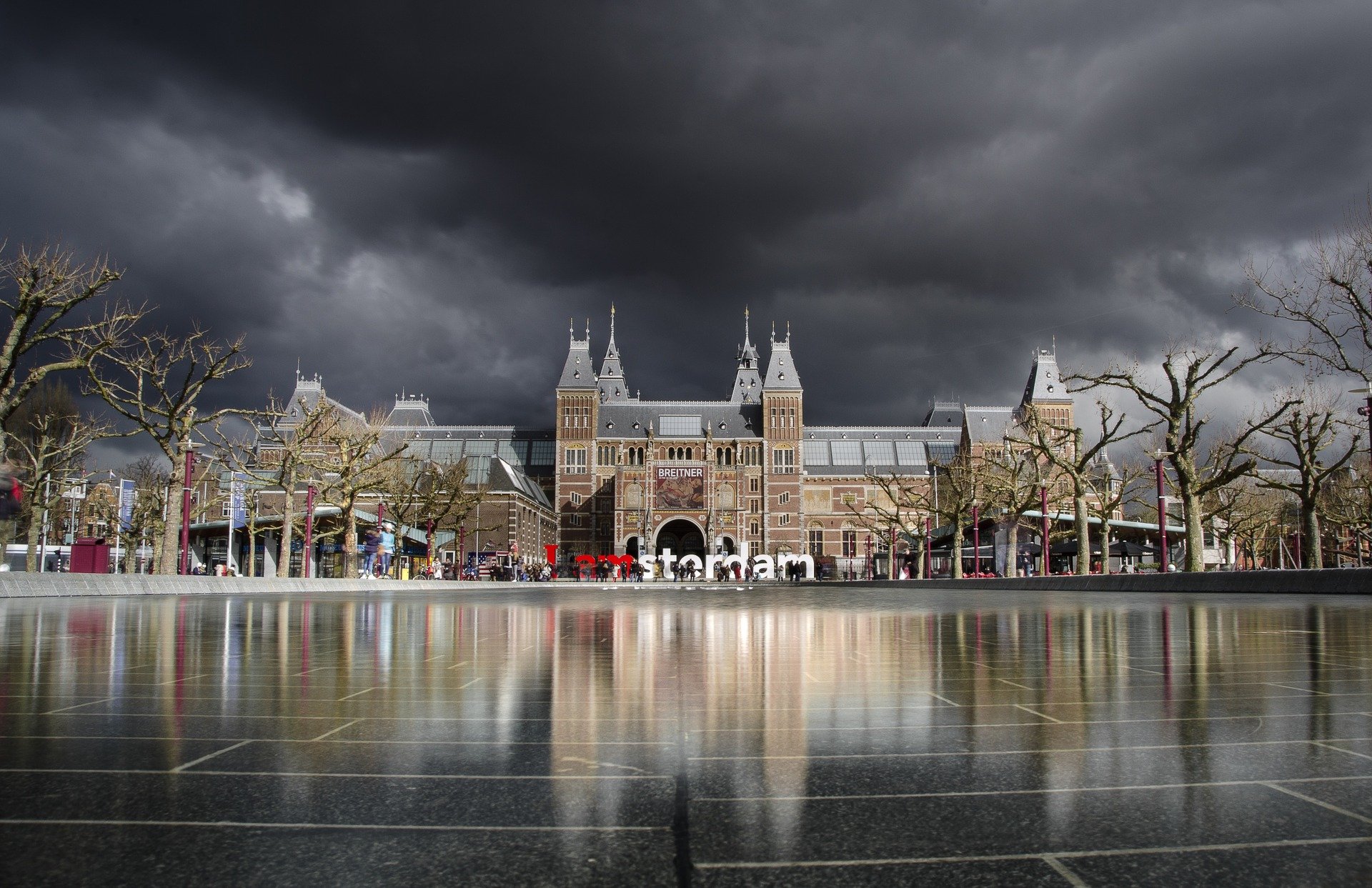 The Amsterdam climate is, like much of north-western Europe, pretty mixed. The summers tend to be fairly dry and warm and the winters long, wet and a bit cold. Although the weather is pretty unreliable in Amsterdam, this shouldn’t put you off visiting – the city is one of the most beautiful places in the world and there’s so much to do that even on a day when it is absolutely chucking it down, you’ll still find plenty to keep you entertained.

What is the weather in Amsterdam like throughout the seasons?

From April till October, the weather in Amsterdam is normally quite pleasant and on a summer’s day, relaxing on a terrace by the canal with a cold, refreshing beer, the winter feels a lifetime away. And despite the occasional days of torrential rain (ok, not that occasional!), the winter has its own unique charms – whether it’s the snowy cityscape along frozen canals, or the stormy purple light on a November afternoon, there’s a seasonal magic in Amsterdam that can be enjoyed whatever the time of year. And with so many cosy cafés, you’re never too far from a welcoming and cosy spot to get warm and dry. Being situated in such a flat country and being so close to the sea, Amsterdam is also a pretty windy city at times – whilst this wind once helped to power the nation’s growth during the windmill-led industrial revolution, nowadays it normally just results in messy hair and broken umbrellas. But if you’re prepared for anything then nothing’s going to get in the way of you exploring one of the most beautiful cities on earth. And this brings us onto our next question and perhaps the one of the most commonly asked for people visiting the Dutch capital…

What to wear in Amsterdam?

Bringing clothes for every eventuality is recommended and there’s nothing worse than coming totally unequipped and becoming wet and miserable on a rainy day. Even in summer, a downpour or chilly breeze is always possible, so bringing a light, waterproof jacket is definitely a good idea (it doesn’t need to be a heavy one that takes up much room). Knowing what to wear in Amsterdam whilst on a boat is also important – dress for the weather, wear layers which can be removed or added to and you’ll be perfectly prepared! The Amsterdam climate during the summer months can be pretty hot, so bringing lighter clothing is also important – if you’re walking around all day (or even hanging out with the locals at an urban beach bar!), it’s good to keep cool.

When it comes to winter, it gets pretty chilly and wrapping up warm is important if you’re going to make the most of exploring the city. An umbrella is also something of a must-have when you’re in Amsterdam – You’ll even see plenty of people cycling along with an umbrella in hand!

What to wear in Amsterdam for going out?

One question that does often come up is what to wear when you’re going out in Amsterdam. The Dutch tend not to dress up too much when going out. It’s very unusual to see Dutch girls wearing high-heels in a club and the city’s bars tend to have a much more casual dress code than in the UK, for example. This doesn’t mean, however, that you should turn up in a tracksuit – it’s very unlikely that you’ll get in anywhere – but leave the jacket and tie at home. You really can’t go wrong with a t-shirt and jeans in this city!

If you’re in town for a stag or hen party, getting dressed up might be part of the fun. However, don’t expect to be admitted into a lot of the city’s bars and clubs dressed like this. Whilst you may be welcome in some of the city’s more tourist-friendly spots, don’t expect to be allowed into more local spots. If dressing up is really part of your weekend plans, maybe consider joining a pub crawl where you’ll be taken into bars which are more tolerant of this kind of thing (find out more here).

If you’re coming to Amsterdam during the winter months and want to see the Amsterdam Light Festival whilst keeping warm and dry on our luxury covered and heated boat, click here for more info!

Amsterdam ClimateAmsterdam WeatherWhat to wear in Amsterdam
We serve cookies on this site to analyse traffic, remember your preferences, and optimise your experience.
By browsing our website, you agree to our use of cookies.OkSee more info